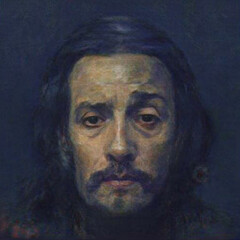 From a young age Michael's passion for visual storytelling through video games, movies, and animation has played a critical role in his development as an artist. Stimulated by exploration with an eagerness for creative problem solving keeps Michael learning and pushing his skills, always seeking to improve and enhance his design sensibilities.

Primarily focused in character and creature concept art, Michael has also contributed to fully rendered illustrations, props, and environmental designs throughout several years of working as a professional artist across a multitude of projects within the entertainment industry.